“The powers not delegated to the United States by the Constitution, nor prohibited by it to the States, are reserved to the States respectively, or to the people.“

We have before us a very stark choice:  Socialism and the ever-expanding control necessary for it to attempt to function, or The Constitution, the virtues, and the Freedom necessary for us to still call ourselves Americans.

If we do not choose quickly and decisively, the choice will be made for us.

Leftists in both parties have advanced Marxism and Socialism in our Commonwealth, States, communities, schools, and businesses by concentrating power in Washington, D.C. through the tactic of ‘death by a thousand cuts.’  Millions, in fact.

The Constitution and the Oath of Office were created to prevent this from happening.

Our federal government is engaged in over 65,000,000 unlawful, unconstitutional programs, agencies, taxes, fees, rules, and regulations subsidized with, on average, 51% of our property being taken through federal, State, and local income taxes, property and school taxes, sales taxes, and fees and taxes on most private and public services.

And that still is not enough for them.  Some people will never understand what true Freedom is or how it works, and they are all around us.

The Left has been very, very busy.  To our shame, however, it is us that has allowed them to accomplish every bit of it.

The further we get from our Constitution the harder it is to go back, but that was always their plan.

The constant tension between what is constitutional or not should always be at the only two things our Constitution actually allows:  defense and facilitating trade.  Not at the 65,000,000, and climbing, where it is currently.

This is what our 10th Amendment County project fixes.

Our 2nd Amendment Right is critical and should never be surrendered in any way, big or small… ever, but, in the fight against tyranny, our guns are the option of last resort.  Unless you want street to street fighting.  We do not.

The Enumerated Powers, and the 10th Amendment that clarifies them, is the fortress wall that we should have defended and held since 1789.  That wall has come down in pieces, but the line upon which it was built is still clear:

Our government serves us, we do not serve it.

The only way that we know what our federal government is allowed to do is the Enumerated Powers in Article 1, Section 8, to which the 10th Amendment clearly points.  We could be mistaken, of course, and federal employees might actually be allowed to do whatever they want.  We are pretty certain, though, that no one fought, suffered, and died for that in any of the wars that created or sustained our Republic.

What makes the 10th Amendment enforceable, not just theoretical, is the Oath of Office.  It is sworn to us to keep federal power limited so that we can be free.

When the Constitution, as written, is obeyed and defended, we are free.  When it is not, we are not.

It only follows then that when the Oath of Office is honored, we are free.  When it is not, we are not.

So, we are asking everyone in Lancaster County that publicly and willingly swore the Oath of Office to release a statement answering one simple question:

“Which Constitution did you swear to obey and defend?”

Read and help us deliver our…

Two polar opposite views on the Constitution result in two radically different Oaths of Office, sworn to two different groups of people, and in two completely different forms of government… one that is severely limited and one that is limitless.

How they view the Constitution tells us exactly which oath they swore and to whom it was sworn.  It should be to us, not to federal employees in political parties in Washington, D.C. or in our Commonwealths or States.

Under the “living document” view, it is obvious that they are swearing their Oaths of Office to the people that make our Constitution “alive,” to obey them and defend them from us by enforcing everything of which they can conceive.

It should be asked, is there any other way to view this redefining of our Constitution?  There clearly is not, but we are willing to listen to any reasonable attempt.

In the meantime, please help us ask every Oath taker in Lancaster County to release a statement on which of the two views they hold on our U.S. Constitution.

Answering this question is the first and most fundamental act of fulfilling their Oath of Office.

Most importantly, we need your help to pressure the individuals that believe they can refuse to discuss the document they swore, to us, to obey and defend.


Thursday, February 20, 2020 we hand delivered or emailed a copy of our Open Letter to this group:

All of the people in this first group received an early version of our Open Letter over a year ago, and then never responded or quickly stopped responding to us or our requests for an answer to this important, pivotal question.  One person in particular arrogantly told us to take him off of our “mailing list.”

These two individuals, along with a few lawyers, will be receiving our letter today, 2/28/20:

It is notable that when I delivered this latest version of our Open Letter to Chief Steffen, he was very clear that it was the 1st Amendment Right of the officers and detectives under him to be able to answer this question, and that he would never stand in their way to do so.

This was obviously excellent to hear, and he should be commended, since many law enforcement officers for years have told us that they are afraid to answer this question because they realistically could be fired or even prosecuted if someone that does not want this issue discussed decides to accuse them of violating the federal Hatch Act, or its reciprocal Pennsylvania law and executive order, to not engage in political activity while in uniform.

Such are the tactics of the Left.

Between our Right to know, the police unions, and men like Chief Steffen, we believe that being free to actually honor their Oath of Office should and will never be a problem for them.

Two honorable and clear-headed men have already answered our request for a statement, and they deserve our gratitude:

Check out their statements here:
www.OurRepublic.us/Statements

For the others, polite, but sober, calls or visits to them encouraging them to release a statement on how they view the Constitution will be helpful, and likely necessary, in getting all the Oath takers in Lancaster County to answer this pivotal question before our Town Hall meeting that will be scheduled before the April 28th Pennsylvania primary to make a definitive statement about the truth of what our Constitution says and does.

All of this should make for an interesting primary as it will likely be uncomfortable for many of those running.

But, that is the point:  Do not swear the Oath of Office if you are not going to honor it.

Ask very politely, but with authority, every legislator, lawyer, judge, law enforcement officer, or member of the military how they view the Constitution and to release a public statement.  Then, let us know how they respond.

Do not allow them to drag you into an argument.  They swore the Oath, not you.

If you swore the Oath and are actively serving or are retired, please help by releasing your own statement.  It will make it harder for the others to refuse.

How can someone swear to obey and defend the Constitution, but then refuse to talk about it?  Hopefully that bothers all of you as much as it does us.

Please reach out to those you know for help in fighting this fight.

Thank you in advance for all your assistance in this battle to get to the truth about our Constitution and to what degree our federal government is breaking the Highest Law in our Republic.

There is too much at stake for us to sit this one out, and too many people have paid too high a price for us to allow the Left to walk away with our Republic without a proper fight on our terms.

OurRepublic.us @OurRepublic_us
2 months ago
This evil has been growing and being nurtured and refined for decades in our schools, by Hollywood, and by our press. It still is today, and will be tomorrow, and the day after. 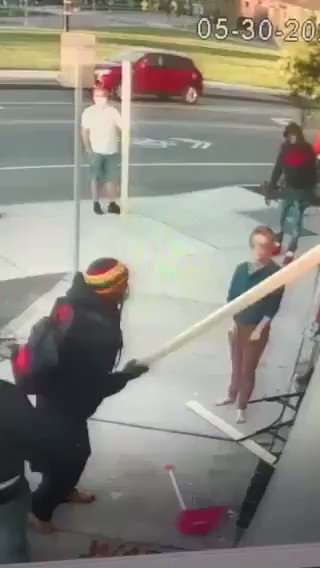